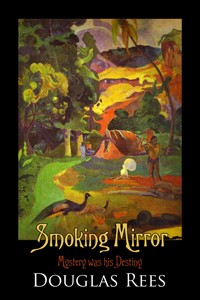 This second book in the Art Encounters series centers on Paul Gauguin’s painting Landscape with Peacocks, or Matamoe, and recreates the world the artist found in Tahiti when he painted the picture in 1892.

This action-packed South Sea adventure is about a young sailor, Joe Sloan, and his mission to avenge the death of his friend, Robert. Joe searches for Robert’s girlfriend, a Tahitian girl named Tehane, to deliver the sad news personally. He doesn’t have to go far before fate reunites him with his friend’s killer, the Marquesan warrior, Gun, and his evil master, a man known as the White Wolf.

As Joe navigates the unknown territory of Tahiti and its people, he finds an unlikely ally in French artist Paul Gauguin. In the course of the story, readers are introduced to Gauguin and his work, the artist’s relationships with the Tahitian natives, and his artistic temperament.